We take a look at Roger Federer Uniqlo collection at the 2019 US Open in New York.

Here are some key facts about Roger

It has been around 1 year since Roger Federer signed with UNIQLO from Nike.

During his career, he held World No 1 in the ATP rankings for 310 weeks

One of eight who won Grand Slam

Someone once asked him about what string tension he used in his rackets. Here is how he replied as shown on the official website of Roger Federer. “this depends on how warm the days are and with what kind of balls I play and against who I play. So you can see – it depends on several factors and not just the surface; the feeling I have is most important.”

Vogue magazine article mentioned how Roger worked closely with Christophe Lemaire the Artistic Director at Uniqlo Paris R&D center. And what went into building the collection, comfort, and styles.

In New York, we can see the following 3 kits Roger used, and also the Nike Tennis shoes.

You can also see the article on Naomi Osaka in 2019 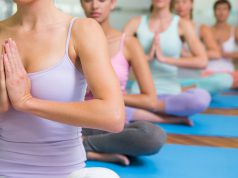