NBA star Derrick Rose of the Chicago Bulls speaks at a meeting with fans during his China tour in Shanghai, China, 23 August 2011

Derrick Martell Rose is a professional player for basketball in America and was born on October 4, 1988 in Chicago. He plays for the National Basketball Association Detroit Pistons. Rose played for the Memphis Tigers for one year of college basketball and then was drafted for the first overall for Chicago Bulls in the NBA’s draft of 2008.

He attended Simeon Career Academy till 2007 and led the Simeon Wolverines with 19.8 points. His scoring improved to 25.2 as a senior and received McDonald’s All-American Honors in 2007. The same year, he was named as Illinois Mr. Basketball. Rose continued his education at the University of Memphis and won an All American third-team honors in 2008.

He won the Most Valuable Player Award in 2011 and signed with the Cleveland Cavaliers in 2017. In between, he played in different seasons but was set back due to a knee injury in 2012. He is the youngest player of the National Basketball Association to be titled as MVP.

The basketball player weighs 6 feet and 2 inches and has a weight of 91 kilos. He stands mostly at the point guard position for playing. The average scoring of Rose is 18.8 per game throughout his career as a basketball player. The player has not been a knock own shooter from arc with 30 percent shooting. Rose developed a bank shot shooter after his eye surgery in 2015. This led him to struggle with his jump shot during the 2015 season of the game.

NBA star Derrick Rose of the Chicago Bulls plays basketball with young Chinese players at a meeting with fans during his China tour in Shanghai, China, 23 August 2011.

Rose was brought up by his mother along with his three older brothers, Dwayne, Allan, and Reggie. Derrick Rose had a civil lawsuit filed against him by a woman in 2016. She accused Derrick and his two friends of raping her. Rose went through a trial of two weeks and was cleared of liability.

Derrick Rose has a current net worth of 70 million USD. He earns more than 20 million USD from his professional career, while endorsements generate an additional 14 million USD. His sponsorship deals are going on with Adidas, Powerade, Wilson Sporting Goods, Skullcandy, and others.

Derrick Rose got married to Alaina Anderson in secret in 2018. They have a daughter together and are seemingly living a happy married life as seen by Anderson’s lovely couple photos on Instagram. Recently, Rose got a Bentley for her birthday as well. He previously had a girlfriend named Mieka Reese with whom he had a son in 2012, Derrick Jr.

Derrick Rose needs no trend following as he has a clothing line of his own. With stripe shirts, red accents, white trousers, and classic suits, Rose is a style icon in the basketball community, and for all those who love style.

Derrick Rose has endorsement deals with Adidas that total at least 190 million USD for a 14-year deal. Moreover, he has insane deals running with Cavs, totalling up to 21 million USD, Armani, Powerade, and others. 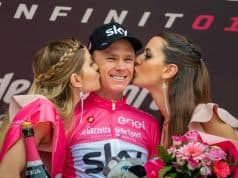